Table Thai is a Dance
And a Flowing Routine
With Energy Work and Meditation
Respectful, Deeply Effective
Previous
Next

Robert’s Table Thai is a complete, whole-body Thai Massage treatment done on a table.
The style is less forceful, safer, more efficient, and equally effective as the typical Thai yoga on the floor.

Approved by NCBTMB and accepted in NC and most states including GA and FL. 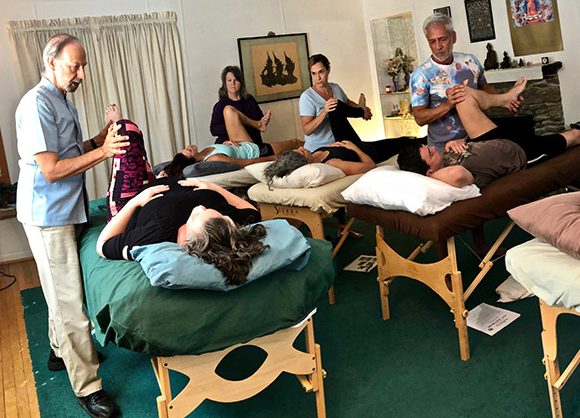 Robert guides everything & works on everyone.

This course teaches an 80 minute whole body Thai massage routine on the table that is safe and effective for most clients.  It presents all the principles and techniques of Thai Bodywork that make it a unique and effective modality. The class is fully hands-on and experiential as Robert guides everything and works on everyone.

Some of what’s included:
-mobilization of all the joints,
-treatment of energy meridians,
-progressive stretching,
-several forms of touch including cross-fiber and compression,
-Robert’s signature “Goldilocks touch”,
-body mechanics that make the work easy and flowing,
-techniques for breathing and meditation that enhance the effect of all bodywork.

Building on the treatment routine taught in Level 1, this course deepens student’s understanding of how Thai Bodywork works and expands their skills to more effectively treat all the areas of the body and specific conditions. Both floor and table versions are shown. 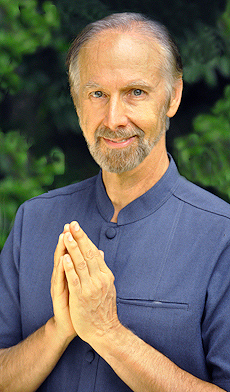 Robert has practiced Thai Massage for 30 years and taught workshops for 20.  He lived and worked and studied in the monasteries in Thailand for six years. He speaks Thai and knows the culture and religion. He was one of the first Americans to train with Thai masters of Nuat Boran, studying two major styles: the so-called “northern style” of Chiang Mai and another style called Jap Sen in Thai.

In his 30 years of experience with clients of all ages and conditions he has developed a style that is less forceful and safer for the general public. Bringing out the dance and meditative qualities of Thai he makes it more efficient, deeply effective, and nurturing.  (See Robert’s article “Principles of Thai Bodywork”).

Robert is a licensed massage and bodywork therapist (NC license 3731, GA license
MT001842).  He is also approved by the National Certification Board for
Therapeutic Massage and Bodywork (NCBTMB) as a continuing education provider.
(NCBTMB provider 288581-00)